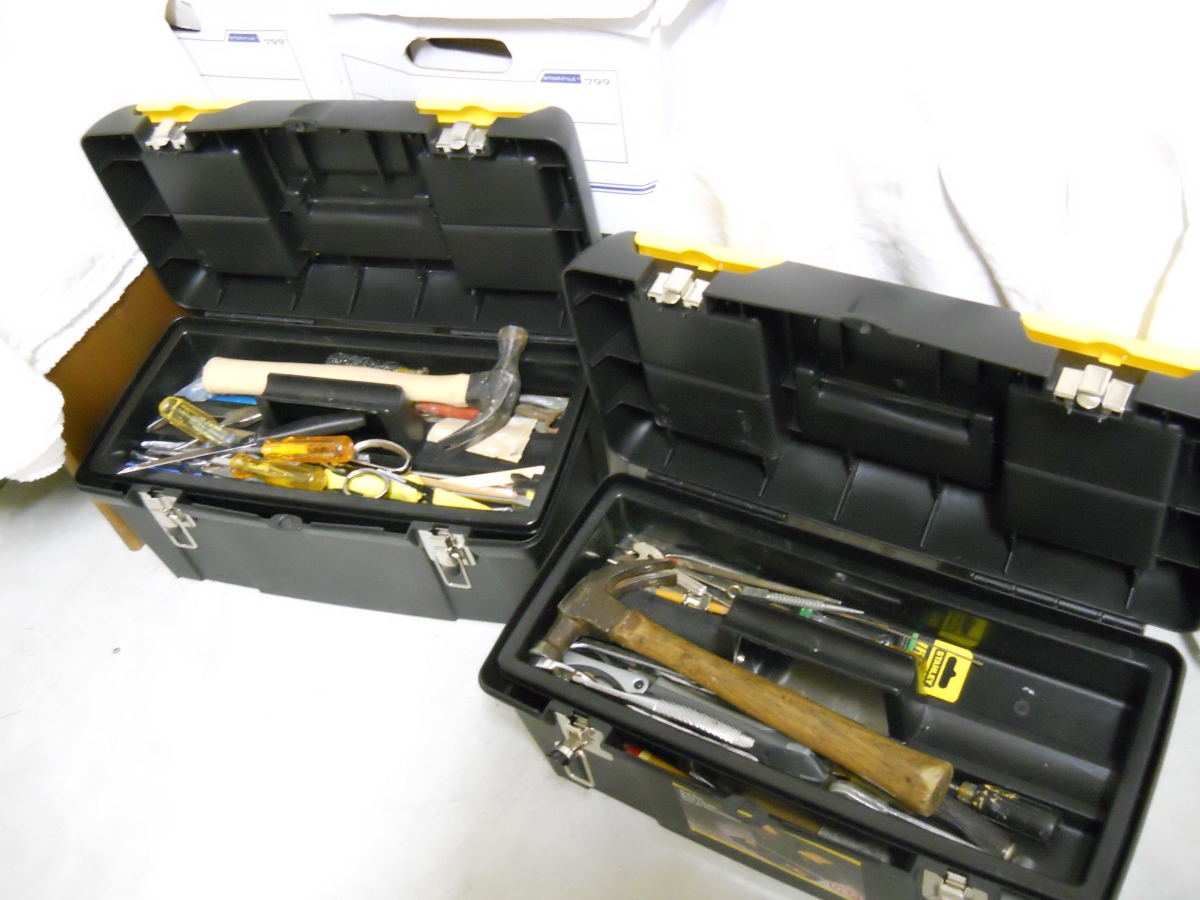 Well…it may depend on how old you are, what your situation is and one or two additional variants.

For me today it was my two tool boxes.  Time to start filling holes on the wall, sanding the compound mix after it was totally dried, and then painting over the whole production piece.  Has to be left as if there was nothing hanging on that space.

Today I was the repair-holes and paint-it- surgeon.  Have to go with gusto and face whatever it is you are supposed to do.  Yesterday, a trip to the Salvation Army and donated a whole bunch of stuff.  Another Christmas tree.  Didn’t like it too much after I purchased it last December.  The car was packed to the ceiling and when I was approaching the building, around 25 miles from where I live, I realized I forgot my list of items to be donated. It was hot, no makeup, no me.  I just jumped in the car after loading it and planning to go on Monday, but on the spot I decided to just go right there.  Not such a good thing.  Thanks God for my sunglasses.  I pretended I even didn’t know myself.  That’s how bad I looked.  But mission accomplished.  We worked out something of a receipt so when I go back next week, I will take my old list and the nice lady, Joyce, will stamp it.

Stuff for this, stuff for that.  That’s what we are…something full of stuff.  In a way, sometimes we let stuff define us.  But whenever I get too attached to something, I just think about the tornado victims, and right there, I can very freely let things go.  The flip side of having too much stuff is that you become a slave of it.  It possesses you and suffocates you.  That’s how I feel sometimes, and I don’t have a lot of…stuff.

Now, if you allow me I have to go and pack my two daily boxes of…stuff, :), so I can get ready for the moving van.  When is that going to happen…I don’t know.

So it was today, 12 June, 2011…a day to pack unimportant stuff in the bigger scheme of my life.

“How many cares one loses when one decides not to be something but to be someone.”  Gabrielle “Coco” Chanel, French fashion designer whose modernist approach to design made her an important figure in 20th Century fashion world.  19 August, 1883-10 January, 1971.